Tuesday/Thursday: Class #1:  Before spring break my third grades started working on some collaborative group paintings.  My third grade classes were finishing up a collage project inspired by the art of Eric Carle.  Several of the students needed something to keep them occupied while the others finished their collages.  I laid out a long roll of bulletin board paper in the hallway outside my classroom.  I put on top five pieces of 18x24 brown craft paper.  Each sheet had a tray of blue, green, purple and black paint next to it.  Lastly, small and medium paint brushes.

On each paper I painted a circle or a line.  As the other students finished up their collages I sent 6 - 8 students into the hall to work on the paintings.  The rules were simple, they could start a new circle, line or they could add to the ones that had already been painted onto the paper.  They could not destroy or paint over the creation of someone else.  Since our art time is only 30 minutes, each group of students got to work on the paintings for about 5 - 7 minutes before it was another groups turn.  Every student in the class got a chance to contribute to the paintings.  All went well as they worked politely with one another and the paintings began to take shape.  Each class got their own five pieces to work on.  As class finished up, I had the students help bring the wet ones in the room to dry and put out new paper for the next class.  I told them we would finish them after spring break.

Tuesday/Thursday: Class #2:  The team work issues begin...  This time I set up the paintings in the classroom.  One on each table with very small brushes and all the warm colors (red, yellow and orange) plus white.  We revisited the original rules and talked about how they could add to the original designs by over painting patterns or adding new designs to the areas not yet painted on.  I put on some classical music that I borrowed from the music teacher and let them start.  After five minutes I stopped the students and had each groups move to a new table.  Some of the students had a really hard time with other students adding to their designs.  So, I re-addressed that this was a team project and that adding to another students work was part of the project.  Still, a few grumblings, but we moved forward.  Then some of them began to lose the original focus of the painting and got so involved in mixing colors or moving the paint brush to the music they began to paint over what had already been painted.  I had to keep reminding some of them, (not all of them) what their original objectives were.

After the students had left for the day I spread them out on the tables and began to study the results.  Some were really rather nice and some...  Well, left much to the imagination.  When I walked in on Thursday morning and looked at the paintings again they seemed better.  As they dried some ended up with interesting color effects.  I had been thinking about what had led to some of the creative confusion.  I came to the conclusion that they were having a difficult time detailing their pictures with the paint.   This time instead of paint, I gave each table a large tray of construction paper crayons.  I gave the classes the same directions as Tuesdays third grade classes, put on the classical music and let them start.  Some of the same issues returned, not wanting others to work on something they started, coloring a little wild, etc...  However, for the most part it went very well.  It was much easier for the students to control their lines with the construction paper crayons while adding their patterns and designs.

All in all I think they came out really well.  I chose the best pieces and hung them up in groups of six on the wall outside the art room.  Each third grade class was represented.  Hanging together in a large group they really are quite stunning!  Everyone who walks by has expressed how beautiful they look together.  I have even noticed some adults and students just standing there looking at them as you would a work of art in a museum.  I think we will take a little time during our next class to look at them and do some polite critique/discussion about the paintings and reflect on the overall experience.  I am also posting some close ups - ENJOY!!! 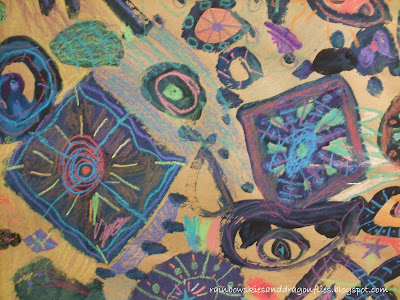 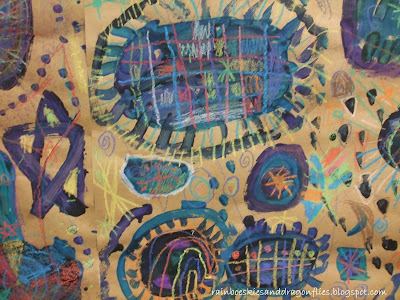 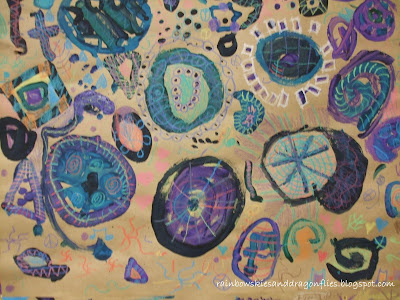 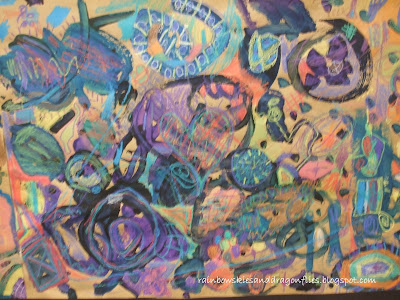 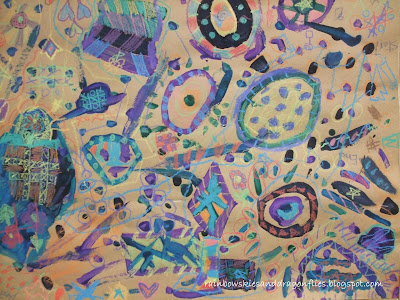 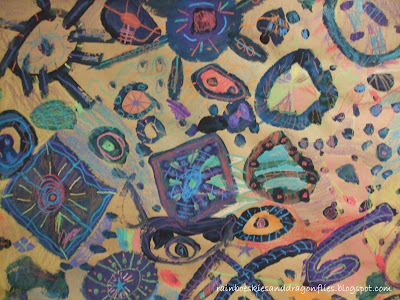 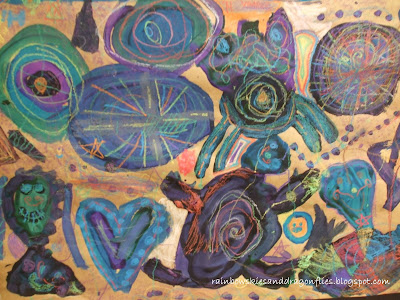 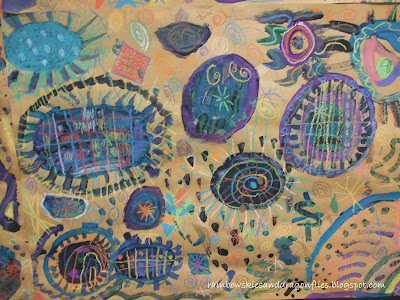 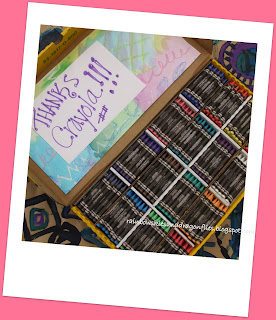 I came back to school from Spring Break to find a very nice package waiting for me!  A few months ago Crayola sent me an invite to take an online survey for them.  In return Crayola said they would send me a class pack of one of products for me to use in the classroom as a thank you.  To be honest with you I had completely forgotten about it!  I received a class pack of 400 regular sized construction paper crayons!!!  How did they know that was what I have been wanting?!  Those crayons are very much appreciated and will be putting them to use with my students very soon!!!

Did anyone else take the survey?  If so, please tell me what goodies you received. 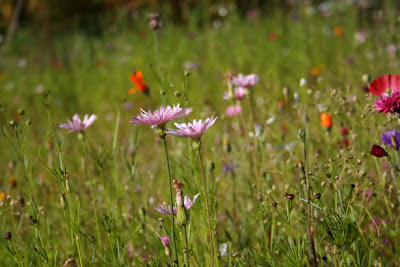 My grades are all posted, my PTO requests are all in and now it's Spring Break!  I vowed that I will dedicate my time off to myself and my family.  We are all finally off at the same time for Spring Break (first time in years).  I confess I will probably do a little lesson planning as the end of our school year is coming up fast, so I need to figure out what we are going to be able to fit in before the end.  I will sleep in late (6:30 am - that's late for me) relax with my morning coffee and not gulp it down trying to get myself ready for work as well as trying to wake up two comatose teenagers for school!


I have numerous creative ideas I would like to tackle.  Most will probably get tossed to the "When I have time this Summer" pile but, I can dream!  I plan on visiting a newly open fabric and accessory store in my area.  Fabric stores around here are far and few between and I am a fabric junkie!  I can get lost for many of hours in a fabric/yarn store.  I have piles of fabric and fibers just waiting for that perfect project!


I'll order my tomato and pepper plants and start to clean up my gardens.  My daughter wants to go hiking and my son and husband are going to find a remote place to shoot a video.  Hoping for some nice days so we all can do what we want.  I have some books I have been saving that I would like to read also.  I hope everyone is enjoying their time off and storing up some energy for the remainder of the school year!  I'll be back to blogging projects when school is back in session.  Until then, relax and enjoy! :)

Ready for the 2nd Grade Play 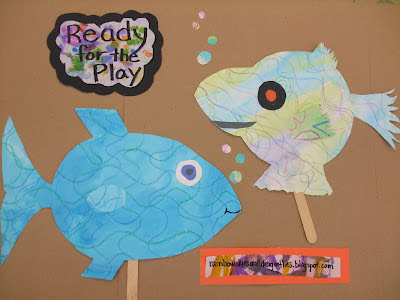 My second graders have finished their sea creatures and their ocean mural for their play in music!  They will be performing for the kindergarten, first graders and their families at the end of April.  Here are some photos of their finished ocean mural and some more of their sea creatures!  Everyone who passes the Art/Music room stops in to admire their mural!  They are so proud of it!  They did a great job! 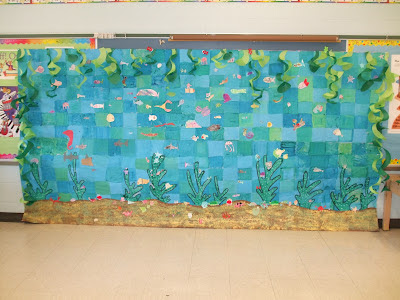 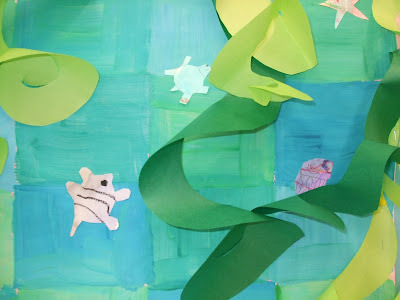 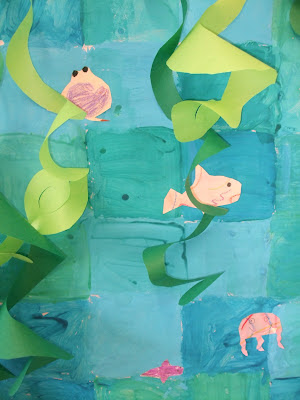 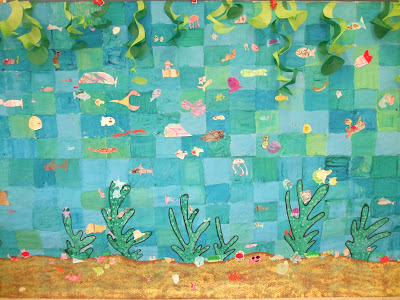 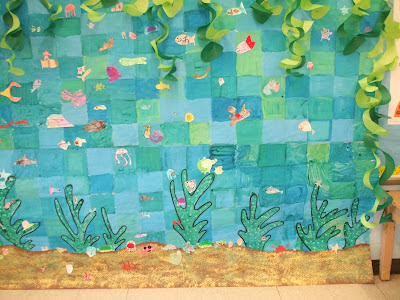 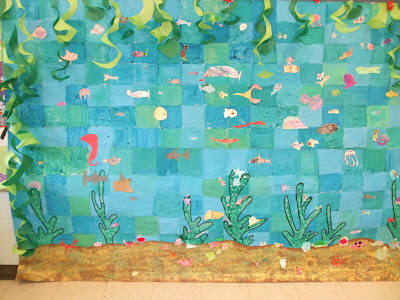 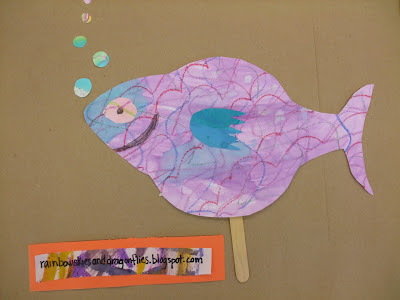 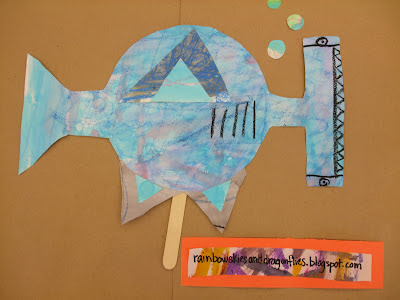 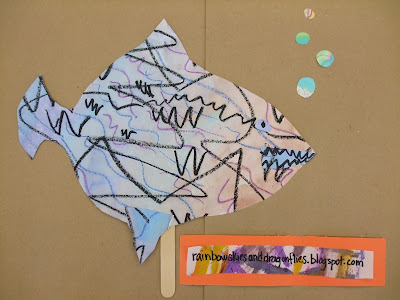 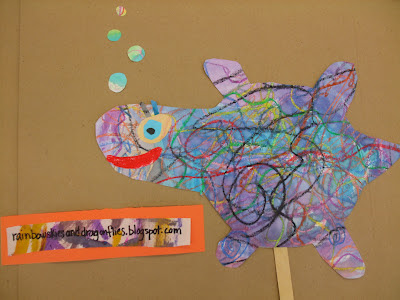 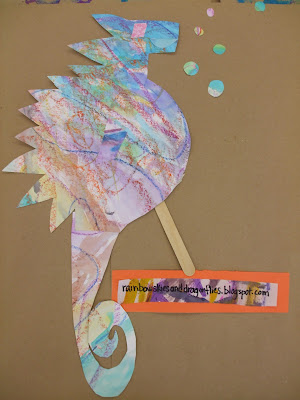