~ Wind Powered Beats that are Works of Art ~

Today was a half-day at school so that the teachers could do our yearly in-service training on work place harassment and anti-bullying laws (it was re-scheduled from a previous date that was cancelled due to Hurricane Sandy).  At the 3d-5th grade school we have a half-day schedule that is completely different from our regular schedule.  The classes that came to art today had already had their regular art class this week, so this was their second time in the art room.  Since Friday's classes were now not getting their regularly scheduled art class (setting us back a week, sigh...)  I was not going to start today's groups on the next step of our new lesson (putting them ahead of everyone else), so as I drove in to work today I thought about what we could do....


I remembered that I had pinned the above video about Theo Jansen, a Dutch sculptor who invents these really cool wind powered "Strand Beasts" as he calls them.  I found the You Tube  clip for it on a post from Phyl at There's a Dragon in my Art Room.  I was so excited to see the link for the clip!  I had seen the interview on CBS Sunday Morning and thought his pieces were incredible!  The video clip is about six minutes long which was perfect since our class is only 30 minutes long.  After the video (which they all wanted to keep watching because they were just amazed by his pieces!)  We talked about Jansen's creations and then I asked them to draw their own mechanical creation's. 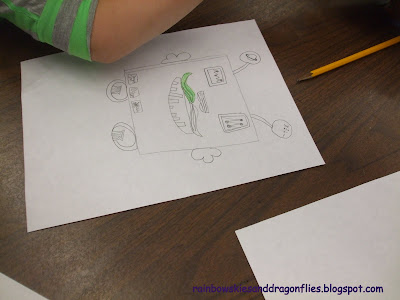 The students came up with some great ideas for robots and machines that would do something for them. 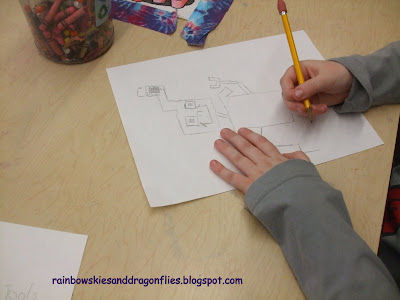 Some of the many ideas they came up with were....    A Create Your Own Fashion Machine that would design and make One-of-a-Kind clothing for you.  A robot that puts teachers in a trance so they couldn't give classwork (ha!ha!).  Two of the boys worked together brainstorming and came up with a very cool contraption that Hunters/Fisherman could take with them on outdoor trips...  It carried everything they needed plus had a seat and a hunting blind they could sit on! 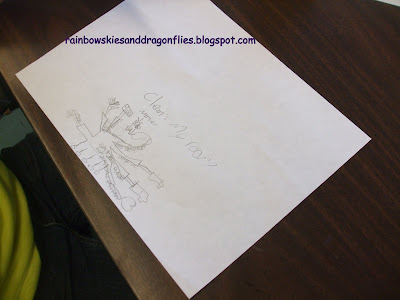 Many of the creations also did homework and/or cleaned their rooms for them! 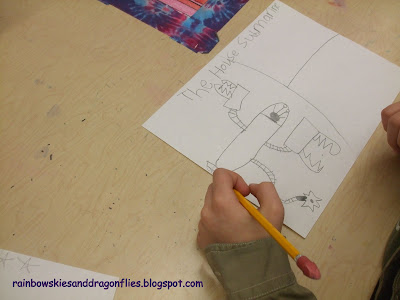 The above creation is a house submarine! 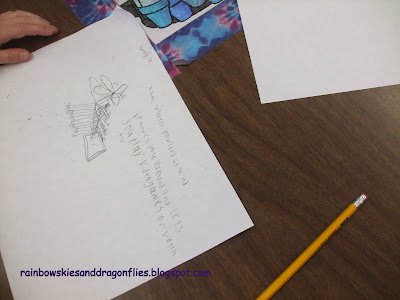 This one carried you around and let you play video games. 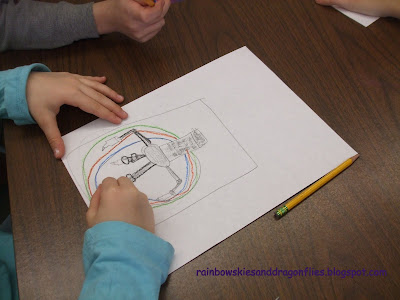 This one was a drawing machine!

Even though this was quick lesson, done in one 30 minute class, the students got to see how an artist used physics to create some very cool sculptures that walked simply powered by the wind.

The kids used their own imaginations to dream up machines that would do something for/with them.  All the classes had a lot of fun with this lesson.  I will be doing this one again! 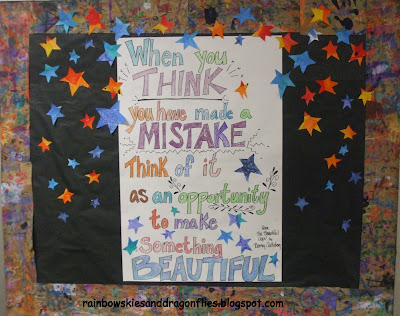 This is the February bulletin board outside my room.  I rotate months with the 4th grade teacher across the hall from me.  I needed something quick at the beginning of the month so I found this quote I pinned long ago, drew out the letters and had some of the students who were done with their projects color it in.  I used old painting placemats for the borders and cut stars from some painted paper scraps. 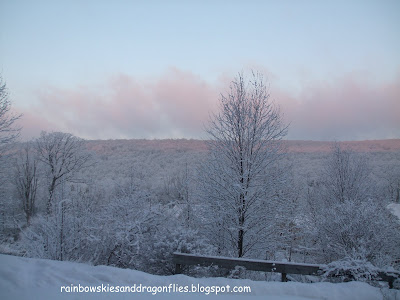 These pics are views from my driveway on the morning of Valentine's Day.  We had a snowstorm the night before and everything was coated in beautiful white snow!  It was very pretty!  Even the sky had the Valentine's Day spirit with the pink clouds! 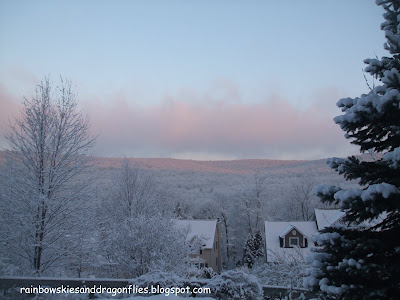 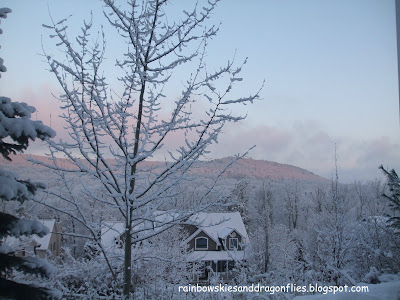 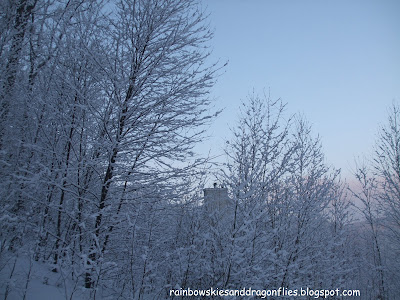 One day later, today,  the temperature was in the high 50's, sunny and felt like Spring!

It's a four day weekend for me.
We have Monday and Tuesday off from school for President's Day!

Hope you all have a great weekend!

Email ThisBlogThis!Share to TwitterShare to FacebookShare to Pinterest
Labels: STEM to STEAM