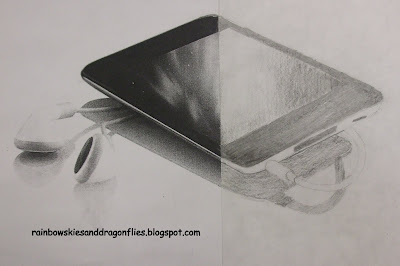 My fifth grades recently finished up their pencil sketches of iPhones and iPods. 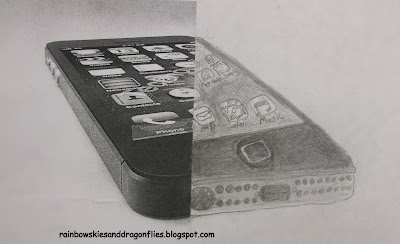 The lesson was the old re-draw the missing part of the picture....  One of my main objectives of the lesson was getting the kids to look, I mean "REALLY" look, at what they were drawing.  We spent one class on how to look at what they were drawing.  I kept saying, "Look at it, draw, look back at it again at your sketch and compare."  So many of them found that they were not really looking at what was in front of them as they were just assuming what was there.  That was a big "AH HAH!" moment for the majority of them.  The other main objective was to get them to create all their color with just their pencil, lights, mediums and darks.  Now mind you, we were using student grade #2 pencils since we don't have the luxury of really nice drawing pencils.  However, they did great! 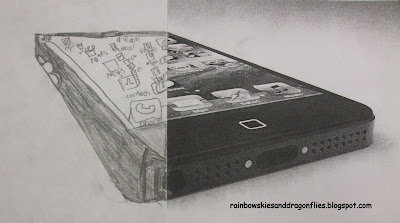 I gave them a choice of either the picture of the iPhone or the iPod.  I told them that I chose both pictures carefully and that they both had their challenging points.  So many thought that drawing the iPhone was going to be a piece of cake!  Once they started, they realized that it was not just a big rectangle!  I went over how to get the apps to look flat, that was something a lot of them had trouble with.  Once I demonstrated and visually showed them in small groups how to draw the angles on how to see all the parallel lines again they had another, "AH HAH!" moment! 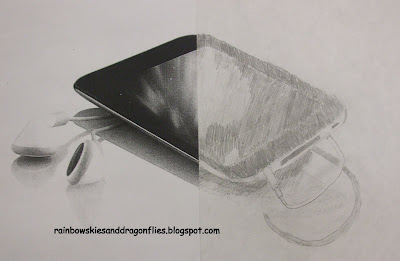 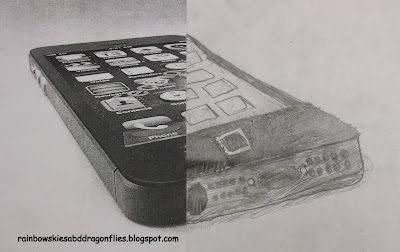 These took us about three to four 30 minute classes to draw.
When they were done I had them fill out a self-assessment. 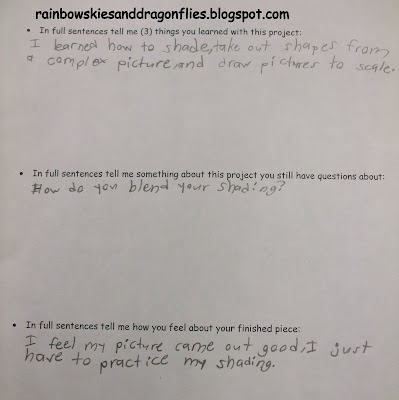 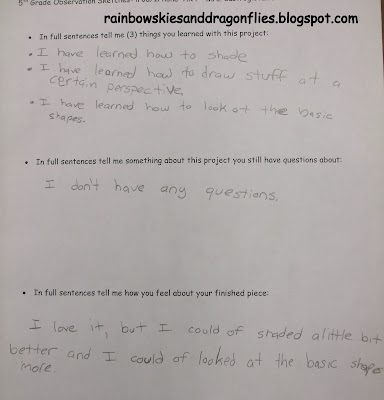 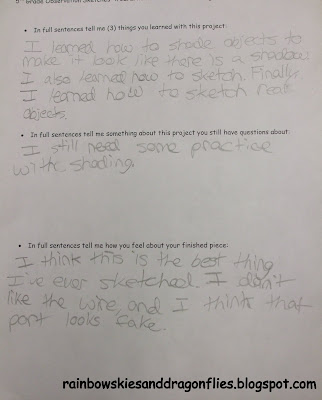 I'm really happy with how they turned out.
The kids put a lot of effort and pride into them.

Have a great week!