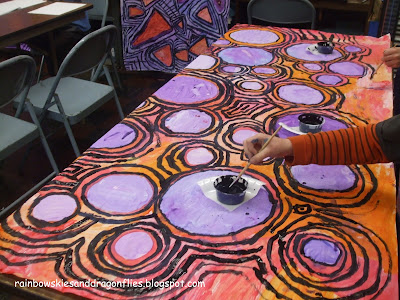 My third grades have been finishing up their One Point Perspective pictures.  Some classes are done and some were trying to get finished up.  Instead of diving right into the next project before all the classes were done, I decided to have my third grades work on some collaborative  paintings.  As second graders these kids were great at working in small groups on large painting projects.  The first three classes last Thursday started by painting in four large panels of bulletin board paper.  One had circles, one had squares, one had ovals and the last had triangles.  I gave them blue, purple and white for the shapes in two of the panels and orange, red and white for the other two.

They painted in the shapes with one group of colors and switched the colors for the background.  At the end of the day we hung them up to dry and I contemplated what to do next with them.

This afternoon when my next group of thirds came in, I had them working on one project at their tables and called them back four at a time to paint if they wanted to.  Most of the kids helped with the paintings.  Maybe 5 or 6 students out of four classes opted not to paint and just worked on their drawings they were doing at their tables. 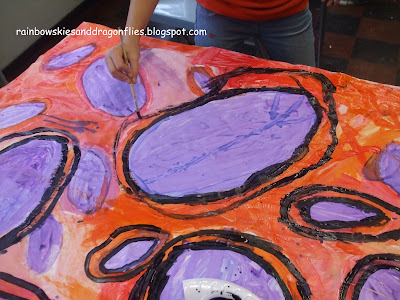 I started them off outlining all the shapes in black, (still thinking about our next creative move) when one of the kids said; "Can I outline the outline?"  "Sure, why not!"  and so the design was born!  The kids continued to paint around the shapes, stopping and starting as the lines touched one another. 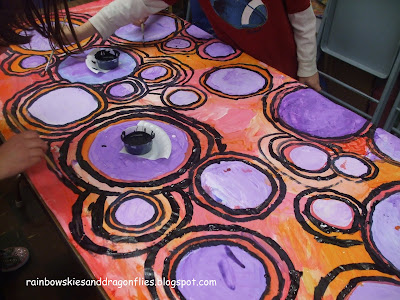 Some kids remarked that the paintings started to look like sound waves and water ripples! Yeah!  Creative thought and observation! 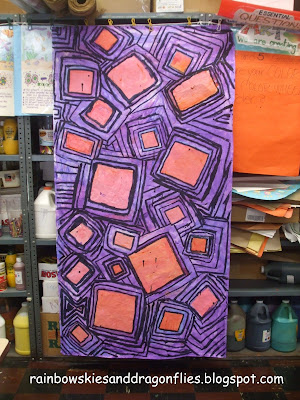 Some of the kids commented that the squares look as though they were stacks of squares and we were looking down on them! 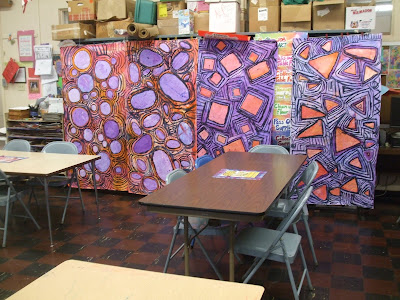 Here are the panels drying at the end of the day clipped to my supply shelves.  The kids helped me carry them over before I ran to bus duty.  (One more day of outside bus duty in the frigid cold!) 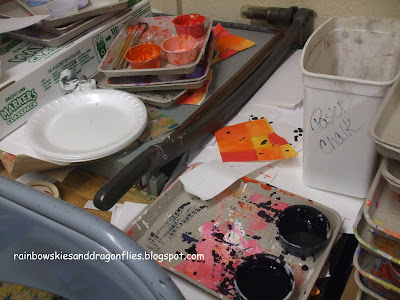 Things kept piling up on my paper cutter table while we were working!  We were painting at the table I normally use for storing the supplies we are using during the day. 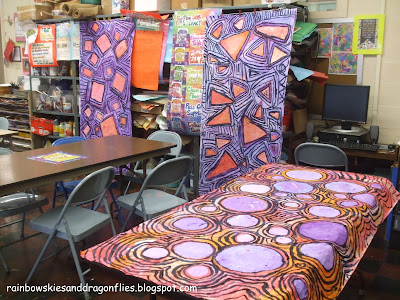 Ignore the messy shelves!  I would love a day just to re-organize my shelves! 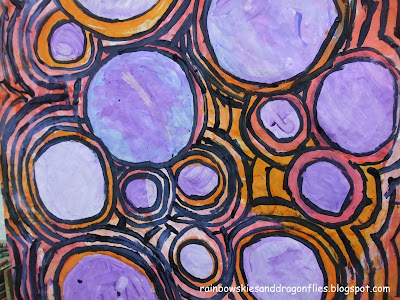 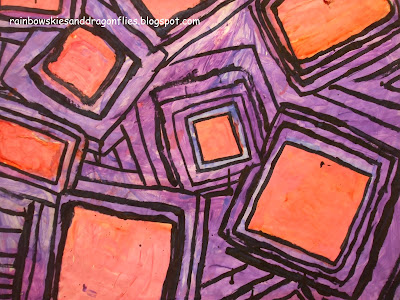 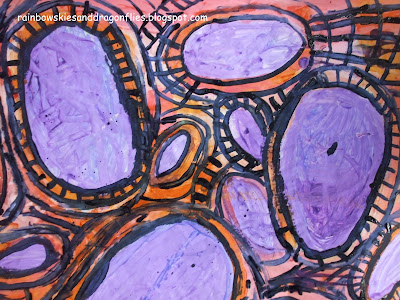 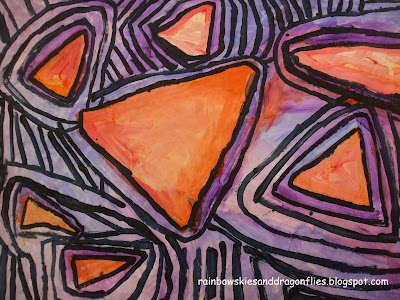 I think the circles and the triangles are my favorites...  Thursday morning when I am back at the 3-5 school I will look at them again and decide how I am going to display them in the hallway.