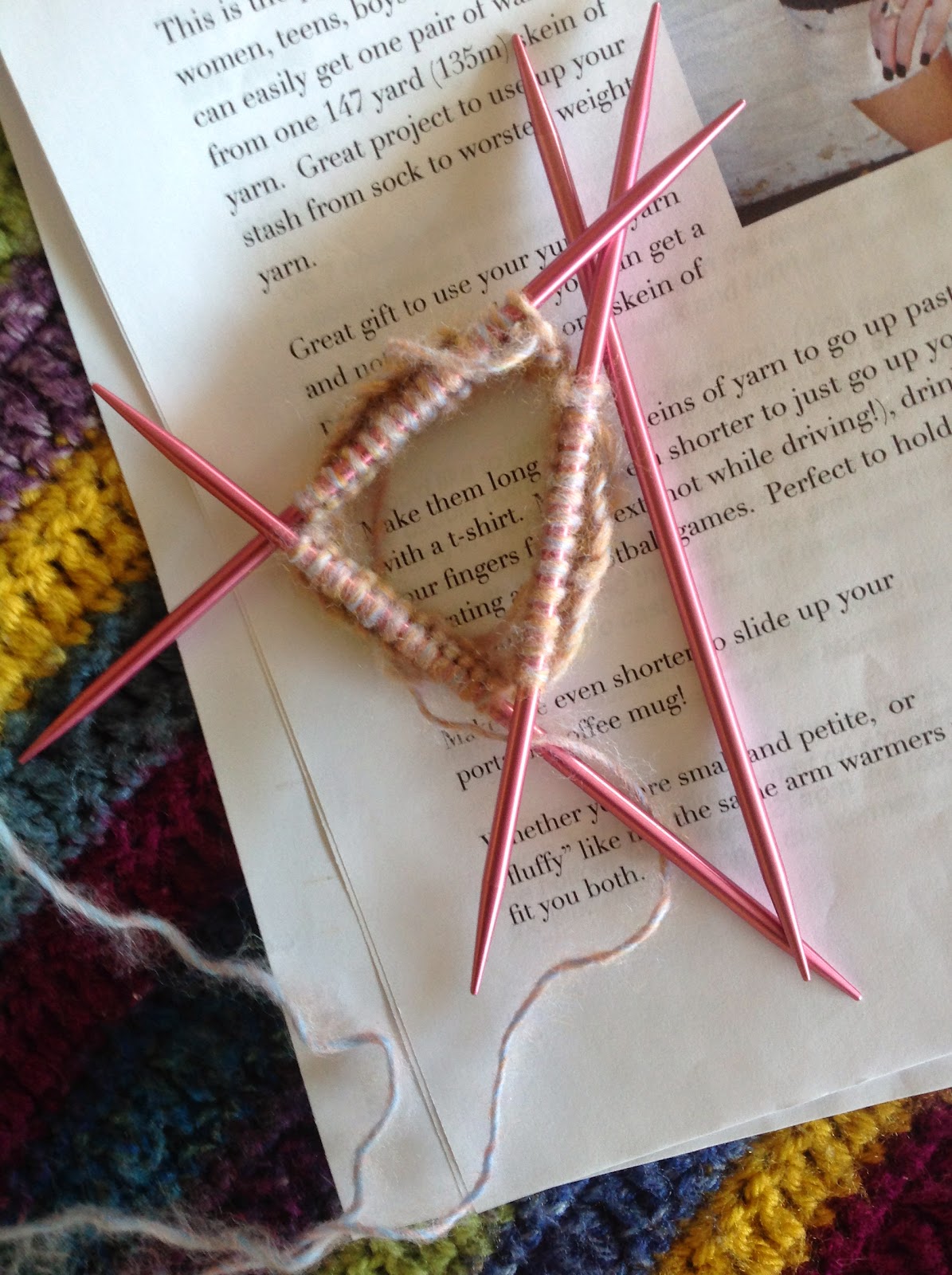 Hi all! It's been BEAUTIFUL weather here this weekend! It hit 72 F yesterday! Today is looking like it is going to be just as nice! Life is still crazy but I decided this morning I needed to expand my creative brain and figure out how to knit on three needles. Yes, three needles...( I know this is a blog about Art education and what goes on in my classroom, but I am so burned out from school right now that I am not feeling it at the moment today. I will get back to what's going on in the art room soon but until then...)  I have attempted this several times previously and given up each time in major frustration...
What inspired this frustrating ambition is the Arm Warmers pattern from Sheila Zachariae . I love Sheila's patterns and have purchased several. Mostly crochet but I fell in love with the knitted Arm warmer pattern and bought it this winter. My love/hate relationship with knitting and my frustration with trying to figure out three needles at the same time had me put this one in the "time-out" pile until this morning.
I found this site, Creative Bug while looking around the internet. I signed up for my free account and starting looking around... Lo and behold there was a tutorial on how to knit in the round with three needles! I started watching it and had several "ah-hah!" moments and ran over to grab my Nana's double-pointed needles that she used religiously... maybe I could channel her knitting brilliance with them this morning and finally figure this out! 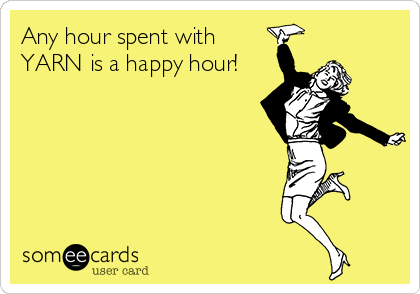 Ok, so generally I feel this way, but after an hour of starting, screwing up, starting, dropping a stitch, re-starting, I was ready to commit suicide with double-pointed knitting needles! I stopped, called my mother, expressed my frustration, relaxed and tried again when I got off the phone. This time I got it! Yeah! Trying to work with all the needles is as the woman in the tutorial stated, " like trying to knit with an octopus..." I think I am getting the hang of it and how to let the extra needles hang so that I can knit. I'm trying to ignore them, but they are constantly reminding me that they are there! I feel good though, I have a headache,(really, knitting always gives me a headache, never crochet, you'd think I would get the hint...) but I accomplished what I set out to do! 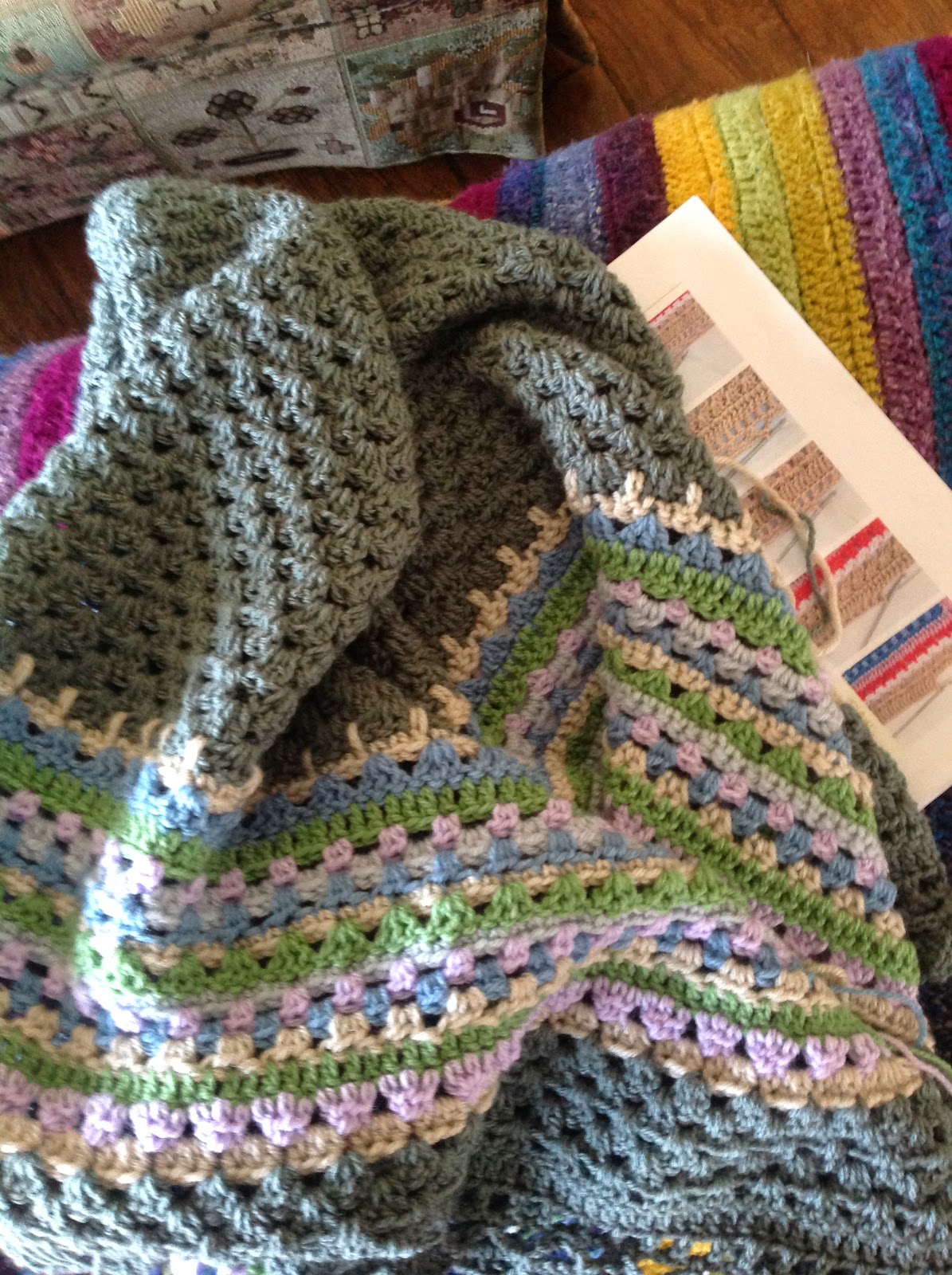 I'm putting them away for a little while and going back to finishing up the Nordic Shawl I started for my Mom last weekend. I am just finishing up the edging. It's mainly gray with pastel accents in the striping. She loves it! This is something that I find very relaxing! Crocheting never pisses me off! Knitting, although I love the look of it and can do it, really pisses me off at times! I find it so much easier to work with one hook! 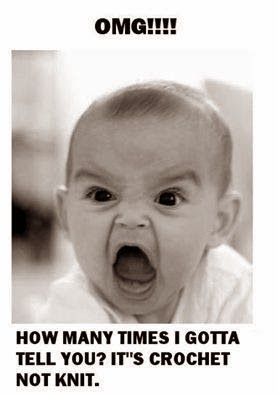 I found this meme on Pinterest and it cracked me up! My daughter (and others) are constantly calling my projects knitting! It's crochet people, big difference...
Well, I'm off to make pancakes for everyone (yum) and at some point today I will load all my grades for school. I'm not feeling it at the moment, as I said I am having major school burn out...
Enjoy(really enjoy) the awesome weather if it is your way this weekend! My daughter said yesterday," The snow is finally ALL gone!" Yeah!!! Sorry winter, I do love you at times, but I was done, ready for the warmth! Have a great week!